With the introduction of Windows 10 this summer past, Microsoft (and its PC vendors like HP, Inc., Dell, Lenovo, etc.) are hoping for a significant surge in the sales of Windows-based desktops, notebooks, and tablets. However, the results to date have been modest at best.

Microsoft seems to have done a good job with Windows 10:

Windows is also somewhat of a player in mobile devices with increasing sales in Microsoft Surface (now a $1B business) and Lumina phones (purchased from Nokia), which contributes about $2B quarterly. (Although growing, these sales represent only 3% of the sales of mobile devices worldwide.) 4

These improvements seem to be part of Microsoft’s two-part mission:

On the positive side:

However, Windows is losing market share (and has been for some time) to other mobile devices like smartphones and tablets; there are over 2B people running Google Android or Apple iOS-based devices compared to about 1.5B running Microsoft Windows. 5

Another troubling trend: Although PC ownership is relatively stable among adults (at about 73%), PC ownership among 18 to 29 year olds dropped from 89% in 2012 to 78% in 2015. (This may change as these younger folk enter the workforce and require a full-sized keyboard and large or multiple monitors.) 6

Basically, Windows 10 is off to a good start, but only time will tell if the Windows franchise will retain its powerhouse status. 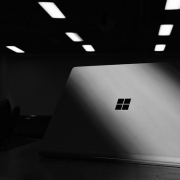 Best practices to deploy Windows 10 across your organization